Every Great App Starts With A Simple Idea

Have you ever contemplated the significant factors that contribute to the success of any business? In a sense, one can definitely rely on high-quality products and excellent customer service. But, how can you overlook the significance of a platform that serves as the foundation for your clients’ base? Despite the changing market needs, flutter app development for businesses have the inherent potential to survive and prosper in a competitive world with efficiency and cost-effectiveness.

Mobile app development has never been easier! This could be a phrase that most of us hear today in this technologically multifarious world. The benefits of mobile app for business is the ultimate crucial puzzle for any product plan in today’s mobile-driven era. With this, the popularity and growth of mobile application development companies have skyrocketed. This period has seen a quick evolution in the technologies involved, and the industry is always being upgraded into a better version of itself. Developers working on mobile application development are always on the lookout for new frameworks, libraries, and gadgets that might help them out and complement their app development methods and instruments.

One such masterful framework is Flutter! Flutter programming is popular for a reason: it’s a quick and easy approach to creating high-quality and visually appealing apps. Flutter mobile application development started winning the hearts of developers ever since its first stable version was launched. The mobile app SDK (Software Development Kit) and framework by Google have brought the developers to target both iOS and Android platforms at once with a single code.

As a leading flutter mobile application development company, Calibraint enables you to build cross-platform apps that function like native apps and have a beautiful and intuitive design that enables the running of animations smoothly.

Believe it or not, building apps was expensive back when Objective C/Swift and Java/Kotlin were the dominant languages for mobile app development. Back then, you had to create two distinct apps, which meant that you had to do the work twice. That was indeed challenging!

But today, to resolve these problems, several frameworks have been constructed for the creation of hybrid (or cross-platform) apps in HTML5 and JavaScript. Among the cross platform mobile app development toolkits, including Phonegap, Xamarin, React Native, and more, the Flutter app development has gained immense popularity and recognition in the industry of mobile application development, especially in the last few years. When viewed from the perspective of a mobile app development company, it is quite evident that flutter is undoubtedly one of the best choices for app development.

It’s a known fact that the mobile app market is moving towards a powerful user experience-driven app development process and it’s quite difficult to carry out this as the development division in iOS and Android. Since both the platforms are being used across the globe equally, skipping any of these OS might cause a heavy loss. However, flutter app development stays as a solution to the above-discussed problem.

Cross-platform apps can be built using flutter and surprisingly flutter mobile application development does not use JavaScript which makes the framework different from others.

Flutter App On A Whole

You might believe that every cross platform mobile app development framework can do certain things and provide certain characteristics that are required for the job, and you would be correct. But! In some significant ways, Flutter differs from its competitors. Flutter mobile application development is one of the prominent ways to create apps for Android and iOS without having to write code for each platform independently. The smartphone versions of these apps’ work as full native apps for Apple and Android smartphones and are built especially for each platform before being released.

Let’s take a closer look at what sets Flutter apart from other frameworks for app development:

– UI performance, source code maturities, security tests, and functionalities are some of the common challenges faced in developing the same app for different platforms. These issues can be solved in a fraction by flutter app development. Flutter Apps are written in Dart which is selected by keeping a few important criteria in mind – Developer’s productivity, Object orientation, faster allocation, and high performance.

– The Hot reload feature helps the developer to code faster compared to native app development. Also, the feature allows one to test and debug the application faster. Hot Reload and a single codebase for Android and iOS platforms make the developers build feature-rich apps in no time.

– The framework offers rich widgets for structural and stylistic elements. Nevertheless, these widgets not only play a vital role in terms of design but also in terms of enhancing functionality.

– Learning about flutter from scratch is easy as the developer’s do not require the knowledge of Swift or Java.

– Businesses may find it hard to manage and maintain their application in general. But now, the flutter mobile application development makes things easier with widgets. It tenders the customization and restriction of apps easy in line with ever-evolving requirements.­­

Are you seeking a custom software development company with a qualified tech team or a partner to help you design a mobile application? Connect with Calibraint’s vibrant team to discuss your magnificent idea.

It is an untold fact that generally, banks create their mobile banking application as a native one, because of security concerns. Though the cross-platform apps are perfectly safe,  they just need a slightly different approach to security (like web apps). Nubank, the bank of Brazil has built a perfectly secured mobile application using Flutter that allows clients to use the digital platform through the convenience of their smartphones. This application allows the user to make unlimited money transfers, payments, control expenses, and insurance intuitively. Astonishingly, the app was downloaded over 100 000 000 times from Google Play.

The well-known mobile marketplace Alibaba application is also the most reliable example of flutter. In fact, Alibaba has the highest score among the flutter apps listed in this article. This e-commerce application connects buyers and sellers worldwide using a smartphone, offers discounts and coupons, and also sends a notification about ongoing deals to benefit the user. This application has received an average rating of 4.5 on google play and 4.7 on the apple app store with an enormous lakh user reviews.

Is Flutter Mobile Application Development A Perfect Solution From The Business Perspective?

There are a certain number of things that can have a huge impact on a company’s growth. These are the platform’s reliability, performance, a large talent pool (hiring Flutter developers is very straightforward), and the assurance of successful future tech/product development and enhancement. Difficulties and weaknesses in a platform or technology in any of the aforementioned components can cause dangers, as well as direct and indirect financial losses for any business. Hence flutter mobile application development is the ideal solution for the above as it lowers the risks of any businesses. However,

Flutter is a way for a business to avoid challenges such as finding the right professionals, adapting to new technologies, and integrating the tool into the system because of all of these above specified features. Flutter, when compared to other cross-platform techniques, provides the fewest risks to a company and hence deserves to be the first pick of any company out there.

With millions of businesses popping up every year, it’s difficult to stand out as a brand in this competitive environment. Although Flutter is relatively a young toolkit, it has a solid foundation (Google) and a rapidly increasing fandom and community of software engineers and architects. According to Statista, flutter grew at the fastest rate (+9%) in 2021, and is now one of the best cross platform app development frameworks. Given the growing demand for usable and cost-effective tools for mobile and IoT development, it is likely to continue in this direction for quite a long time.

Flutter’s potential was recognised early on by Radixweb, and it is now highly recommended to all of its startup customers wishing to swiftly establish themselves in the market. Flutter app development services is a dependable business solution that eliminates roadblocks, incorporates cutting-edge technology to keep your app future-proof, and makes integration as smooth as butter. As a result, it would not be an exaggeration to suggest that flutter app development services is the best first choice for mobile app development. Given its comprehensive features, it is unquestionably worth the investment. With the above-listed examples and features, it’s absolutely clear that flutter can be used for varied industries without any hesitation. In short, flutter apps are reliable, secure, and fast.

What Is Flutter App Development?

Flutter is a Google UI toolkit for creating natively built web, desktop, and mobile apps from a single codebase. Flutter app development allows businesses to gain flexible solutions while addressing a variety of challenges. As flutter is not a library or framework that is used in conjunction with other technologies, the technology is a goldmine for cross-platform app development (SDK).

Why Use Flutter For App Development?

Flutter mobile app development is one of the greatest ways to create apps for Android and iOS without having to write code for each platform individually. Using flutter for app development has minimal development cost, ensures faster code development, requires less time for testing, and is also a promising alternative for other frameworks.

Why Is Flutter So Popular?

Flutter mobile app development is extremely popular among people as flutter has cross-platform capability, creates scalable and visually appealing apps, has lots of plugins that are easy to use, can be easily embedded in your existing app, mobile apps can be built quickly with Flutter’s Hot Reload feature, and much more.

Why Is Flutter Good For App Development?

Flutter offers the best tools and a solid structure for creating a fantastic business app. It is an excellent choice for business app development due to the platform’s efficiency, dependability, and an assortment of ready-to-use widgets. Flutter is a fantastic opportunity to create stunning, high-performance mobile apps that are tailored to your specific requirements.

What Is The Best Cross-platform For Mobile App Development?

Flutter, React Native, Iconic, Node.JS, and Xamarin are the top best cross-platform frameworks for mobile app development. These cross platform app development frameworks solve the end-user problems, are cost-effective, and save a lot of time for Mobile App Development.

The latest version of Google’s mobile operating system has brought in a bundle of new features to play around with. Now, let’s find out the coolest features and the best reasons to consider upgrading.

How do you determine the genuine success of your mobile application? This article is a brief guide on the factors that influence the expansion and success rate of mobile applications. Aside from user acquisition, it is important to maintain a balance between downloads and active users.

The growth rate of mobile apps is fast and full of new innovations with every passing day. Mobile application architecture help to mend unique applications that stand out and eventually have changed the ways we socialize, work, and play.

iOS is an excellent platform that is way easier to embody your unique ideas, code on them, and get them available for potential customers. These apps also own an appealing and classy look, as design endures a key part of Apple’s DNA.

Reasons to Look for the Best iOS App Developers in India

The revolution in the tech era has enhanced the way of customer engagement. Thus, the marketers truly believe the substantial need for App Developers in India is on demand. Hence the craze for technology has made the entrepreneurs urge for owning the best mobile app developers. 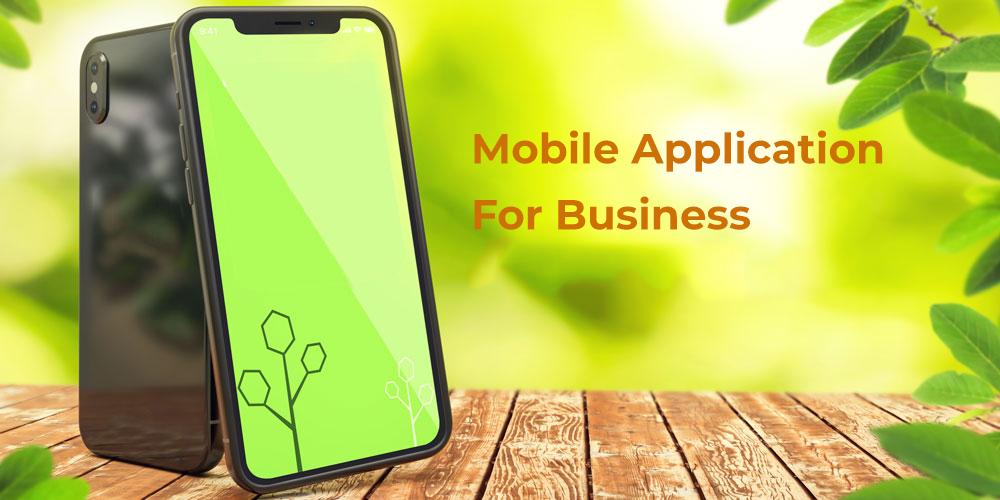 Get, Set your Goals in line with the Benefits of Mobile Application for Business