How often have you come across the phrase “user acceptance testing?” I’m afraid that for many of you reading this post, the answer will likely be “Not so often.” Unlike the other more well-known types of testing, User Acceptance Testing is not as prominent as it should be. Do you know what user acceptability testing is, what it is used for, and why your company should consider it even if you are just vaguely aware of the term? Here is why!

Any product built with a purpose gets to embrace success only when its own set of audiences accepts it for a reason. On that note, all products undertake a number of testing and analysis on their performance to have a better launch and reach. Saying so, the software products get to inherit the testing phase as a vital element in the software development lifecycle.

In the development cycle, the software testing process engages various quality assurance support and activities that involve testing of logical aspects and technical aspects of a product. Now, in the series of testing concepts, User Acceptance Testing is the most significant aspect to validate a digital product or solution. Having said that, in this blog let’s address and discuss different significant features of User Acceptance Testing.

By definition, User Acceptance Testing (UAT) is a testing process aimed at evaluating user satisfaction and verifying if the end digital product (website, software, or mobile app) works as intended for the user. To specify in detail, during UAT testing, the actual users of the end software product, test the product in all regards to make sure that it can handle required tasks in real-world scenarios. It stands to be the last phase of the software testing process and is one of the essential procedures that need to be processed before any newly developed software rolls out to the market.

User Acceptance Testing (UAT) has various other names, like End-User Testing, Operational, Application, or Beta testing. The Main Objective of User Acceptance Testing template is to confirm the system setup for transactions & user access, to verify performance on business-crucial functions, to validate the integrity of additional data, and finally to acknowledge go-live readiness.

A series of product testing procedures are considered for user acceptance testing. The types of UAT testing include,

– Alpha testing is normally carried out within the development team or environment, even before the product gets released to external testers or users. Also, at times the potential user groups get involved in the Alpha Tests.

– This testing invites the internal testing team to validate the usability, functions, user experience, and workflow of the digital product developed.

– The test result or feedback collected from the alpha testers aids the development teams to fix certain issues and improve the usability of the product.

– Beta Testing, also known as “field testing”, helps with the feedback about the functions and issues more from users’ viewpoints. These, in turn, drive to enhance and improve the product.

– In Contract Acceptance Testing (CAT), the developed software product is subjected to a test against certain criteria and specifications that are predefined and accepted in a contract.

– The relevant standards and specifications get predefined by the project team and are used at the end to validate the final outcome of the product.

– Regulation acceptance testing (RAT), as the name specifies, complies with the governmental regulations and safety requirements.

– Operational acceptance testing (OAT) or Production Acceptance Testing, prioritizes the final output of the software product and validates them by putting the product to test in a standard operating environment (SOE).

– The test cases here are to ensure the operational workflows, workflows for backup plans, user training, and various maintenance processes and security checks.

– Black Box Testing stands as a method of software testing that examines certain functionalities of the product without revealing the internal code structure.

– Simply, Black Box Tests are done by testers or the end-users who are only aware of what the software is supposed to do. It is that the testers need not require any specific knowledge about the code or any of the app features but just about the requirements that the software should meet.

– In this testing process, the development teams get to collect feedback about the overall user experience, specific features, and functions from the users.

The Key Benefits Of UAT Testing

– It certainly helps to find out specific technical/design bugs in the existing software before its release.

– It works to meet the purpose of the acceptance test and validates if the product fits the needs of the real users.

– The development team can be close enough to the user’s circle and get to see the picture through the user’s eyes.

– Becomes much easier to find and fix possible issues before the production stage, rather than losing them after launch.

– Though UAT requires organization and preparation for effective testing, in the end, it ensures your product’s validity to an extreme extent making it the key benefit of UAT testing.

For A Successful User Acceptance Testing

Planning Is Everything: A well-structured UAT plan is the key to successful execution. Work on the UAT team, their responsibilities, the test criteria, and the flow before the start.

Include UAT At The Right Time: At times, the UAT results may open up some major defects that require more time to fix and get hard to meet the project deadlines. Though UAT tests are the last project phase in every UAT software development and services, they can be included and executed depending on your project size and need.

Real Users For Real Reach:  Collaborate UAT with the real potential users of diverse credentials to tackle and meet distinct use cases and problems they have.

Documentation Deals Big: Documenting the test results to analyze and improve, brings in the whole sense of conducting UAT. A simple bug tracker and error reporting tool can be used for documenting the errors and failures that your users encounter.

There are a plethora of different methods for testing in the modern software development arena. Each one is significant as it serves a particular purpose. However, just a few of these are required in all cases and one of those few is definitely the user acceptance test. It meets a need that isn’t met by any other type of testing. Nonetheless, it is frequently eclipsed by other, more well-known types of testing.

User Acceptance Testing template hence plays a vital role in every software development activity. The benefits of well-executed UAT tests are obvious and can ensure that your product or service actually works for your users in the right way intended.

In summary, user acceptance testing (UAT) minimizes the risk of errors and promotes user happiness, making it a critical procedure to implement during the development of any product before it is released to the market. Furthermore, by guaranteeing that the end customers are satisfied with the final result, UAT helps save money, time, and hurdles. More importantly, fixing post-launch mistakes is always more expensive than detecting them beforehand. With User Acceptance Testing it is possible to ensure that the product is actually ready-to-market and that there will be no unpleasant surprises after the launch.

When conducting User Acceptance Tests, one gets to gather a lot of information on how the potential users and customers will use the product and this makes the launch go easy. And that’s why, and how integrating User Acceptance Testing acts as a standard part of the web application development projects. Well, A higher level of user satisfaction is more than all the associated costs! Know your User & Know your Connect.

What Is User Acceptance Testing?

The last and final phase of the software testing process before the product goes live is known as User acceptance testing or UAT.

What Is UAT In Software Development?

What Is End User Testing?

A stage of the software development life cycle in which the product is sorely tested by its intended audience in the real world is known as End-User Testing or User acceptance testing. 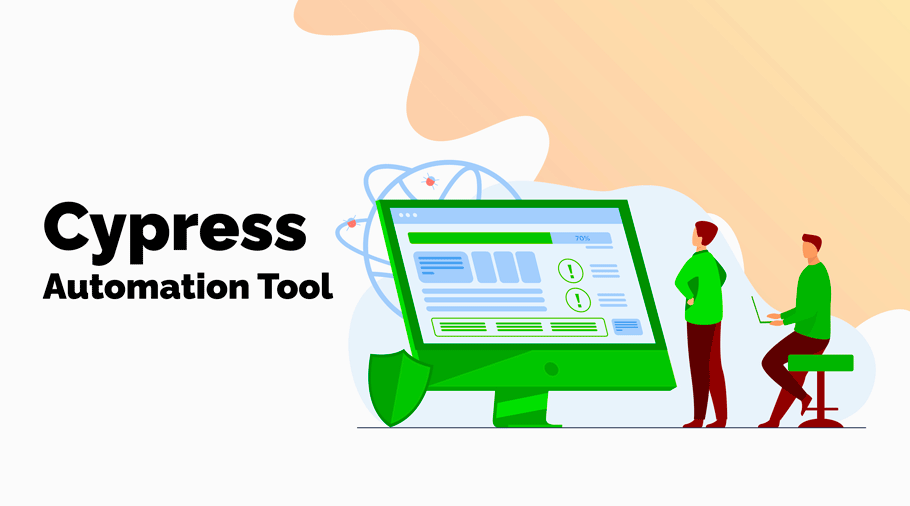 We all know the big changes made by Selenium in test automation -now it’s time to move on to new tools. In this blog, we are going to discuss Cypress.io which is now considered as an alternative to Selenium for writing the tests and infrastructure.

Every organization focuses more on delivering a product that satisfies all major attributes. For doing this the most essential department involved is quality assurance support.